The prototype messer was taken to fight club last night and caused quite a stir of interest. Our in-house cutlery expert and fencing instructor Alan said some very kind words, including 'its the best prototype sparring sword I've seen'! Praise indeed! It also looks like it's secured at least half a dozen extra orders as a result - so a busy June beckons. I'm even hoping to cast and fabricate enough to take some up to this summers 'fight camp' - a gathering of the UKs medieval combat fraternity. Yes, I know that sounds odd, but this is a pluralistic country which celebrates eccentricity!

Anyway, dear reader, if you'd like a messer (historical background in the post below John's) drop us a line! 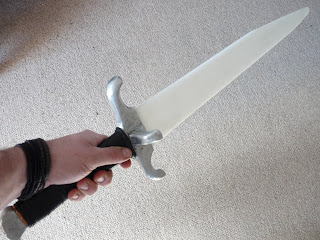 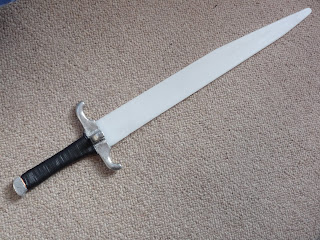